We are delighted to announce that we have been shortlisted for a ‘Practicing Well Award’ by the Culture, Health and Wellbeing Alliance.
https://www.culturehealthandwellbeing.org.uk/chwa-2021-awards-shortlist-practising-well

This award celebrates practice that is leading the way in championing, delivering and embedding practitioner care into project design, commissioning and management.

The Musician in Healthcare role is one which necessitates deep connection with the patient, facilitated by music-making.  The pandemic, and resulting loss in these daily connections could have been devastating for our community of musicians.  We chose to invest in our team, to support the development of digital skills through the provision of paid time, resources and collaboration.  This has resulted in a healthy, inspired workforce, a continued and highly valued connection with the healthcare communities they serve, and a bright future for OPUS.

‘We are thrilled to have been nominated for this award.  We’re delighted that the value of investing in our team of musicians has been recognised in this way, and that we stand here today with a team who have been supported throughout the pandemic, facilitated to meet challenge with skilled enthusiasm, rather than wallowing in the limitations of the now.  We go forward as a team with renewed energy and optimism.’

More details on our response to COVID 19

We are looking for children and young people who, alongside their families/carers, would like to take part in online music-making sessions with OPUS musicians.

We are currently working on an online offer for our Music in Healthcare practice, and thanks to the #culturerecoveryfund, are able to offer this as for FREE as part of our development process.  The child/young person and family members or carers will be joined online by two of our fabulous team of specialist musicians for a music-making session via the Zoom platform.

This opportunity is available to any children and young people who have ongoing health/care needs.  Instruments and musical ability are not necessary!

Currently, slots are available to book between 9.30am and 12pm on Tuesday 20th April or Wednesday 21st April.  More dates to be announced.

Please don’t be shy about coming forward.  We really need your help in developing our online offer for the future.

To book in with us, please use the form below and we’ll take care of the rest.

Nick and the OPUS Team.

Request a time slot with us here...

We are delighted to announce that OPUS been granted an award of just over £27,000 from the second round of the Government’s #CultureRecoveryFund. We are amongst more than 2,700 recipients to benefit from this latest round of awards.

During the COVID pandemic, our highly-skilled musicians have not been able to visit most of the healthcare settings in which they would normally work. As a team, they have met this challenge with great creativity, building new skills in digital delivery, and generating a new online offer for our healthcare partners and the people in their care. You can see some of this output on our COVID-19 response page here: www.opusmusic.org/COVID-19

This support will enable us to begin our transition back to practice, enhancing our online offer, and expanding it to include our training and advocacy roles.

“We are grateful for the support offered by the Culture Recovery Fund allowing OPUS Music CIC to inject energy and action again into our partnerships with our healthcare partners and prepare our musicians for the welcome transition back to delivery and practice. Vulnerable children and young people in paediatric settings will benefit from the development of a new online offer from our team of musicians; healthcare staff will benefit from the provision of new training material to support the use of music within their own practice, and musicians wishing to practice within healthcare settings will benefit from the development of an online training course based on OPUS’ experience and approach. This grant enables OPUS Music CIC to get back to building a culture of every-day music making within healthcare settings and providing employment and opportunities to professional musicians at this difficult time.”

“We have seen how important music has been to communities throughout the pandemic. We know just how much our in-person offer within healthcare settings has been missed over the past year, and are thankful that, through this fund, we can plan for a future of music-making within healthcare which is even bigger and better than ever before.”

About #HereForCulture
Here for Culture is a movement that unites the public, government and cultural organisations in support of our fantastic cinemas, theatres, music venues, museums, galleries and heritage.
With more and more culture being curated online, there is no better time to support and enjoy all the new and exciting ways culture is available to us.
By being #HereForCulture, we aren’t just supporting the people in the industry, we’re also supporting communities across the country. 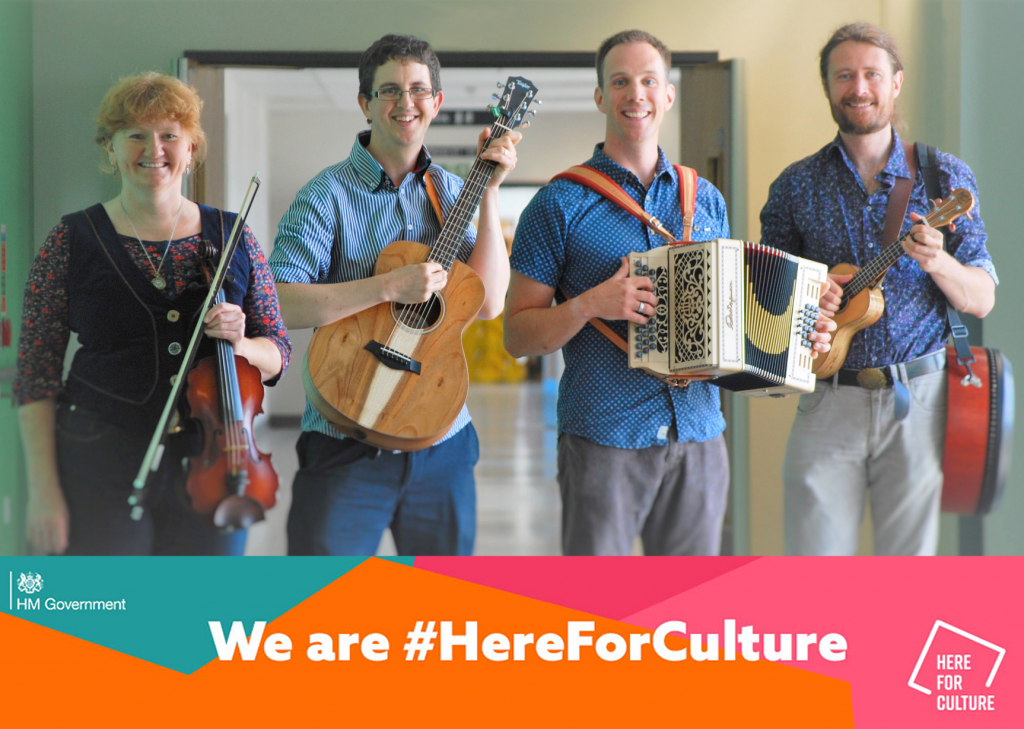 While, we’re not able to visit hospital wards, we’ve been working away during the COVID lockdowns creating online resources for use in the Children’s Hospitals with which we work.  These are specially created videos, echoing some of the approaches we normally use in hospitals to provide the health and wellbeing benefits of music-making.

These resources are being used by healthcare staff and parents as part of patient care at Derbyshire, Leicester, Nottingham and Kings Mill Hospitals.

We’re delighted to bring you #takeoneaday for ten weeks, beginning on Saturday 10 October.

Every day, for ten weeks, Healthcare Musicians from OPUS will bring a specially recorded, short video performance direct to your internet connected device.

Videos will be available across our Social Media channels, as well as on our dedicated page here: www.opusmusic.org/takeoneaday

This programme is supported by funding from the Coronavirus Community Support Fund, distributed by The National Lottery Community Fund. Thanks to the Department for Digital, Culture, Media and Sport for making this possible.

We’re delighted to launch our new charity song ‘This Won’t Last Long’, a song of hope and strength for our friends and colleagues in the NHS.

It has been written, recorded and produced in isolation whilst staying at home to help protect, and in celebration of, our NHS.

We’re happy to offer a free download of this song at our Bandcamp page.

If you like what you hear, then please support the work of the amazing Hospital Charities in Leicester, Nottingham, Derby and Sherwood Forest Hospitals at our Justgiving page. 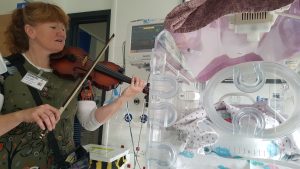 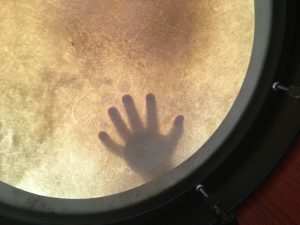 OPUS is delighted to be working in partnership with the University of Nottingham and Room 217 Foundation (Canada) to deliver Music Care Training. Music Care Training is for care providers looking to incorporate music into their care practice, and for musicians looking to take their skills into the care context.

We are also looking forward to presenting at the second ‘Power of Music in Health and Social Care’ conference, to be held at the East Midlands Conference Centre on 4 November 2019 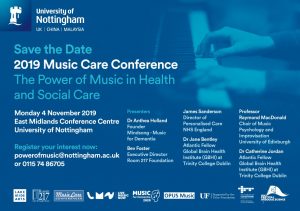